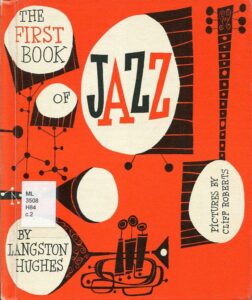 THEE ARE ONLY A FEW writers who are able to write well and with authority on all aspects of jazz. Philip Larkin pleaded for a “belle-lettriste of jazz, a Newman or Cardus.” Whilst there is an expanding jazz bibliography, only rarely does a book satisfy completely. Much writing about jazz is ordinarily biographical in approach, usually written by adoring fans with a tendency to mythologize; this approach is more at home in Hollywood, for instance Clint Eastwood’s biopic of Parker based on Ross Russell’s Bird Lives! Much else strives too hard at a pseudo-musical approach and sees jazz as a restless narrative and musical etiquette of enriched harmonies: Satchmo’s stomping, flattened sevenths of the 1920s, distressed by Parker’s bebop in the 1940s, made dissonant courtesy of Ornette Coleman in the 1960s, dissolute and splintered by the 1980s, today dewy-eyed and retrospective. Many of these writers have limited musical knowledge and fall back on a litany of stock phrases. Lastly there is the sociological (or ‘Mingus’) school of writing, as expounded by Ken Burns in his lengthy documentary series shown several years ago by the BBC, which looks on Jazz as a nutty professor might. 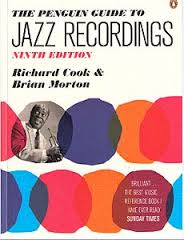 The Penguin Guide to Jazz on CD, LP and Cassette is an essential reference book edited by Richard Cook and Brian Morton, now sadly discontinued. Certainly not an exhaustive discography, it attempted only to list what is available currently but alas offered a rather cursory glance at British jazz (only polite nods at Alan Barnes, Matt Wates et al; Michael Garrick received but a polite nod, although rightly described as a “national asset”). It is background information for building a CD collection, compulsive reading and a minefield of assembled fact and apposite commentary, fuelled, of course, by opinion – always to be disapproved unless one’s own. Pianist Ahmad Jamal, an influence on the younger Miles Davis, is afforded less than a page; yet the late Mal Waldron, a sound but unspectacular sideman, has an entry twice as long as Art Tatum and almost as long as Oscar Peterson, and nearly all his recordings are attributed (incorrectly!) the highest rating. Jamal will still sell out the Barbican; I saw Waldron last fifteen years ago or so, before his death, in a small room above a pub in Abingdon.

In the Groove by Eric Kohler, a visual feast, is the most delightful collection of album covers and as a general history of LP cover design takes in more than jazz. But jazz, perhaps the most overtly sensual of contemporary musical forms, greatly excited record companies and designers alike in a world yet to discover cheap reproduction photography, and the likes of David Stone Martin and Alex Steinweiss thrived. L’Oeil du Jazz by Herman Leonard, the doyen of jazz photographers, is another delight, masterful portraits of the jazz greats. 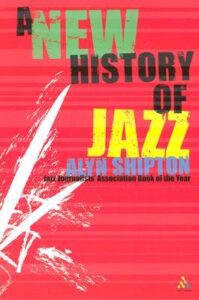 Gary Giddins’ Visions of Jazz and Whitney Balliett’s Collected Works, heavyweight tomes both, take broad brushstrokes and are full of insight and knowledge. A truly compelling one-volume history of jazz is yet to be written. Much the best is Alyn Shipton’s A New History of Jazz; Ted Gioia’s History of Jazz is really a who’s who in narrative form, readable but not of great insight. Jazz a Crash Course by Simon Adams is conveniently hip flask sized, visual and entertaining but does not suffer from profundity. The Rough Guide to Jazz is the best popular encyclopedia although no longer in print, although enthusiasts might get more from the weighty New Grove Dictionary of Jazz. The Oxford Companion to Jazz is particularly useful on jazz instruments and ensembles. 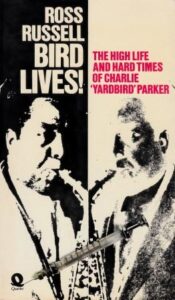 Ross Russell, founder of the label that recorded Charlie Parker in the mid-1940s, accounts for Parker’s life in Bird Lives!, a spellbinding book if not always reliable or impartial. Giddins’ The Genius of Louis Armstrong, has been reissued recently and is worth reading; so too Brian Priestley’s Charles Mingus which is full of musical insight and is still more accomplished than Gene Santoro’s recent book on Mingus. Without doubt the most readable of all biographies is Ian Carr’s Miles Davis, which is a lengthy book worthy of its subject’s stature. Having made telling contributions to jazz over five decades, Davis (true hipsters refer to him only as Miles, of course) was a true jazz statesman, and played alongside or influenced most major stars since the bebop era. His own abrasive Miles the Autobiography reflects this, expletives and all, and explores his restless innovation that led him to change ceaselessly his approach to the music, not just to chase an audience but to keep it alive. Ashley Kahn’s Kind of Blue is a very entertaining account of Davis and the making of this seminal album (and far better than his later, at times hysterical, companion to John Coltrane’s A Love Supreme). 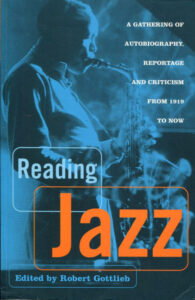 Anthologies can be doubtful beasts, but if you take on one jazz book only let it be Reading Jazz, edited by Robert Gottlieb. This is a wonderful, all-embracing, mouth-watering melee, incorporating over 1,000 pages of autobiography, reportage and criticism. It is an American collection to be sure (Gottlieb is a former editor of The New Yorker), but jazz is definitively American and, in almost every creative first instance, black American. The gamut of jazz experience is conveniently condensed in to gobbet form, extracts, ten page essays and album liner notes. There are disturbing chapters from autobiographies by Anita O’Day and Hampton Hawes (Raise Up Off Me is an authentic, demotic classic), Jelly Roll’s boasting, Miles Davis on Parker, cutting sessions in Kansas City, the bafflingly unique Sun Ra, and much else. Art Pepper’s account of a classic recording session in 1957 – from Straight Life which recounts honestly a disturbed life ravaged by heroin, prison and alcohol – is chillingly memorable.

But it is film actor, comedian and amazing jazz pianist Dudley Moore’s loving liner notes to an issue of previously unreleased tracks by Erroll Garner that is my personal favourite:

“They say that certain types of genius are the result of untiring practice and application – terms which of course double to mean enthusiasm or passion – but what exactly Garner had to do to acquire this unique tonal vocabulary is hard to understand completely. Suffice it to say that his persona is streaked in bold and subtle flashes across his music. You didn’t have to know the man to feel, what is certainly for one very brief moment in history, a unique singing voice. To achieve all this on a piano is no mean feat, but it is not the technical aspect of his playing that astonishes, although that is one thing to knock one off one’s feet. It is the fact that the technical aspect evaporates in this spectacular contact that is made through a music that is entirely Garner’s own… Passion…that’s what all great artists have. A sprinkling of the demonic, a yearning for the tender, and a straight line to joy.”

What more, really, is there to say about jazz?