I SO OFTEN go on and on about Dan Holloway’s onanistic novel Evie and Guy, and am pleased to have heard that Dan has prepared a second edition. 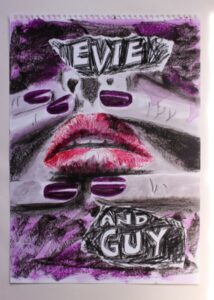 It is a highly original piece of writing – if writing it is, for it is presented only in numbers and as far as is known is the first novel written in number form only (and as such it made Pseuds Corner in Private Eye). Guy and Evie’s biographies are presented consecutively, but only through their incidence of masturbation: each masturbatory act is dated, timed, even marked if not orgasmic, the two characters’ timelines can be compared. It is a remarkable feat of imagination not only to have written this book but also to read it: the novel is presented in skeletal form and no steer is given the reader, rather it is the reader who imposes reason and narrative to flesh out the story, his or her imagination (or ulterior knowledge, the weather for instance) brings light to the characters and their lives. 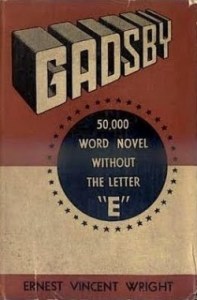 The first edition of Evie and Guy is still available here in the shop for £8. I’m reminded of Ernest Vincent Wright’s novel Gadsby. Also peculiarly interesting (it contained no letter e– its inspiration was that he had wrenched this letter from his typewriter keyboard), Gadsby was published in 1939: it sold fewer that 50 copies but is now highly sought after and extremely valuable. Dan’s book is similarly an investment.

Soon this shop will sell bonds, stocks, futures and derivatives.