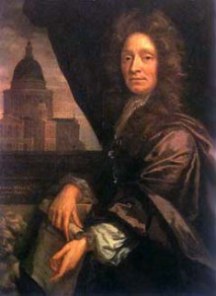 MOST ARCHITECTURAL ROADS led to Sir Christopher Wren in the late seventeenth century; he hovers everywhere as a sombre cloud, if not actually raining then casting a shadow. In Oxford his influence pops up everywhere, as éminence grise in Trinity College chapel, spectacular at Tom Tower (truly the only entrance that lives up to expectation in Oxford), sturdy and functional at the Sheldonian. He ransacked the plaudits of his age, largely because of his cathedral escapade that has become one of the visual shibboleths of Englishness, but also his kaleidoscopic rebuild of the London City Churches where ingenuity held sway. He had bureaucratic transcendence through his responsibilities at the Royal Works, but I never felt that he was the great architect of his age. Both John Vanbrugh, with his throwaway brio, and Nicholas Hawksmoor, with his shrewd eye for clarity and natty form, outshone him. Yet it is Wren who is most likely to be classed as one of the greatest of British historical heroes, and who is most likely to be impressed on a twenty pound note, along with Horatio Nelson, Florence Nightingale or Bobby Charlton, each of whom had what Wren lacked – a Hardy to kiss him, a lamp, and a comb over.

It can be argued that Christopher Wren was a bit of a donkey aesthetically. But if his buildings were clunky – look at the awkward lines of the Sheldonian Theatre, which resembles a wedding cake with its middle tier of icing sunk – there was always something of interest going on behind the scenes. At St Paul’s Cathedral the builders had plotted out the measurements incorrectly and this came to light only when they came to the central space under the Dome; Wren stepped in like a technical maestro on speed, geometrically realigned the design and today the naked eye just would not know a mistake had ever been made. Here in Oxford the dour Sheldonian has its technical twist with the flat roof, its greatest length being over 70 feet, held together not by nuts and bolts but by the stresses and strains of its many different length timbers. The roof stored for almost a century the University Press’ warehouse stock, and even that great weight did nothing to damage its structure, and a concerned survey of its design in 1720 gave it a clean bill of health: it stands proud and true until this day. 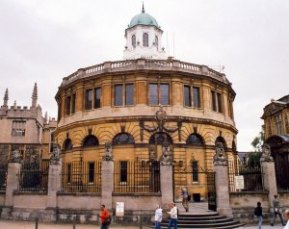 Wren had always been interested in architecture; he had travelled to Paris to investigate nouveau build, and he had read his Vitruvius long before Colin Campbell had made him Sunday newspaper magazine material and the darling of the neo-Palladian eighteenth century country house jet set. Wren’s first architectural foray was nepotistic: his uncle had commissioned him to dabble with the chapel at Pembroke College in Cambridge. Oxford’s Sheldonian Theatre was his first build wearing long trousers architecturally, and his mission was simple: to unscramble the Gothic and perpendicular style of building and reformat it with a “better manner of architecture,” in fact a melee of Roman principles of build with design improvised on the hoof, largely as a response to problems encountered – a reflection of the developing English empiricism of Wren’s time and the flavour of the burgeoning age of the British Bulldog. So the Sheldonian is based on an amphitheatre in Rome, the Theatre of Marcellus, a print of which Wren had treasured as architectural pornography. 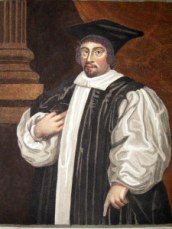 The Sheldonian is in fact named after its cash register, Gilbert Sheldon. In a fit of piety, John Fell, Dean of Christ Church, hit upon the notion that the bibulous matriculation ceremonies that had taken place hitherto in the University Church, St Mary’s the Virgin in the High, were ungodly, and not fit to purpose for the Anglican diet which was feasting still in its victory over Catholicism. He appealed cunningly to Sheldon, a disciple of William Laud who was a man with similar vision to Fell and who, like Sheldon, had been Chancellor of the University whilst simultaneously Archbishop of Canterbury. Sheldon, keen on political intrigue though not always rewarded by its success, and no stranger to secular profit or to moral reproach – he had to contend with Pepys’ skittish slander that he “do keep a wench, and that he is a very wencher as can be” – was moral enough to advance £1,000 as stalking horse finance, designed to flush out further contribution elsewhere. This novice Kickstarter campaign failed disastrously, and in the end Sheldon funded the project in its entirety.

Whilst working at the Sheldonian, Wren moonlighted at the beautiful Divinity School, Oxford’s miniature cathedral style building which houses a magnificent lierne vaulted ceiling with 455 bosses, cut by quarryman William Orchard and finished in 1483. Its integrity was under threat, the weight of the library above too much, and Wren added tasteful iron supports and saved the day. He also added the ornate door behind which the good and the great assemble to robe in their finery and who then cross over to the back door of the Sheldonian to dish out the gongs on graduation days. The beautiful and coloured sculpture under its porch is a Bible opened at the verse in Luke’s Gospel that tells of Christ missing as a twelve-year-old, found in the synagogue debating scripture with his elders and betters. The engraved verse in Greek is apt, for not only was the Divinity School an early debating hall for theology, but many of the students, even in Wren’s day, were as young as twelve; Wren was fourteen when he came up to Oxford. 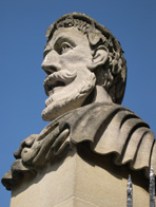 Wren, whilst building the Sheldonian, disappeared to London. His ambition was sharp: he was to jockey for position as prospective architect for both the new cathedral and the new city after the Great Fire of London. His brief to local mason and stonecutter, William Byrd, as he left Oxford was to “give me something Roman,” and the fourteen herm figures – the busts on pillars that straddle the front of the building, cut from the Headington quarries – were the result. One tale is that they were modelled on workmen in the quarry, and it is nice to imagine that they are secret plebeian imports in to an otherwise aristocratic and learned world. Writ large in the gift shops (even available in one of those glass shakey-things with snowflakes), with many nicknames – Emperors, Philosophers, written about by John Betjeman, painted by Osbert Lancaster, Oxford loves them: this is their third incarnation, either weathered by time or destroyed by students, and they were replaced last in the early 1970s, sculptured by Michael Black. They all look more like Homer Simpson than Julius Caesar, and are wonderfully goofy, tat amongst the august. That they all have beards is suggestive that it was early product placement gone wrong: Gillette were asked to sponsor, they declined, the beards remained in a fit of huff.

Just around the corner, through a subfusc archway from the Bodleian Quadrangle, stands the impressive Radcliffe Camera: of all the footnoted buildings in Oxford, this is the most impressive, an eighth wonder of the world on a bright day as the full sun plays cascading tricks of light on its stonework. It was a fortuitous appointment for its architect, James Gibbs, as he witnessed many of his competitors die during the interminable wait for the building to proceed (John Radcliffe’s will was convoluted and purchase of the land was problematic). Gibbs was a Catholic; it was difficult for Catholics to be assured of work in early 1700s England, although by 1720 Gibbs was described by Horace Walpole as “the architect most in vogue.” Gibbs was in essence a carbon copy of Wren, although to some he was the culmination of Wren’s embryonic ideas. Here at the RadCam (its Oxford patois name) Gibbs remembers his early mentor, Sir Christopher Wren, the man who liked the cut of 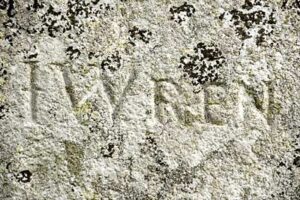 his architecture and made sure that Gibbs found work in the early part of his career. First, its circumference is based on Stonehenge: some claim that Wren (also John Aubrey) was the first to go and measure Stonehenge and set it in relation to the stars, he certainly carved his name in to one of its stones. (Wren’s day job was as astronomer and mathematician, and he was considered to be second fiddle only to Isaac Newton; his time at Wadham had helped usher in the Royal Society, a scientific coterie who rubbed shoulders in Oxford before they moved on to London.) Second, the building

is positioned just off kilter so that the distance between its dome, fashioned after St Paul’s, and the two towers in All Souls’ College is the same distance to the inch between the dome and two towers at St Paul’s. Indeed the two towers in All Souls’ were designed by Nicholas Hawksmoor (undoubtedly the finest architect of his age): he had plied his early trade working under Wren, apprenticed as a draughtsman at St Paul’s. In the centre of the two towers is an ornamental spike, and the combination denotes the letter ‘W’, which stands, of course, for Wren, and is Hawksmoor’s homage to his early master.

Also in All Souls’ is Wren’s sundial which hangs now over the entrance to the Codrington Library, where its flecked palette of blue and browns steals the limelight. Sundials had always fascinated Wren, and as a young student, for a bit of fun, he translated Oughtred’s classic work on the subject in to Latin; some of us do no more than play dice cricket when pubescent. I can’t help but think, despite the glories of St Paul’s and the invention of the City Churches, Wren would have made a fine Geoff Boycott, who never hit the ball off the square that much, who, in old age, sat in the commentary box passing judgement. He was never the David Gower that was Hawksmoor, flashing cover drives and supreme timing; and unlike Vanbrugh, he could rarely strike boundary driven hammer blows. Prince Charles, I am certain, loves him.