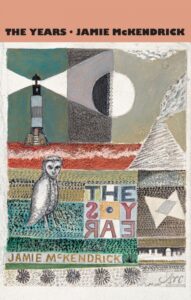 A chapbook of 15 enigmatic and beautifully-crafted poems. Each poem is accompanied by an illustration by the poet, an accomplished artist. Jamie McKendrick is a poet and translator living in Oxford. He is the author of seven collections of poetry. In 2016, his Selected Poems was published by Faber & Faber. 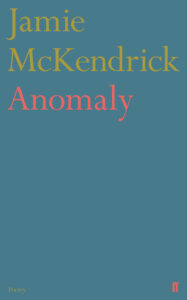 In a time when nations retract within their borders, these vivid and intricate poems are timely. They speak of a fragile legacy of openness and interconnectedness, playfully twin Bologna and Bombay, the South Downs and the Camargue, the imagined and the actual. Often intensely visual, this collection engages with artists as various as the Taviani brothers, Sánchez Cotán, Bhupen Khakhar and Giacometti, and take us to the sea-bound cityscapes of Liverpool, Venice, the rocky landscapes of Sardinia and Slovenia. 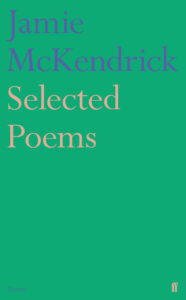 Drawn from thirty years of work, this selection, made by the poet himself, gathers from the best of six acclaimed collections, including some translations. from 1991’s debut The Sirocco Room to Out There (2012, and winner of the Hawthornden Prize) by way of The Marble Fly (1997, winner of the Forward Prize for Best Collection), and Ink Stone, shortlisted for both the T. S. Eliot Prize and the Whitbread Poetry Award in 2003. 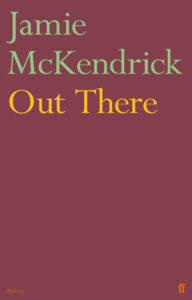 This book starts from the far flung (‘out there’ is the nothing  or the something of outer space), ascertaining the mood of an observer on Uranus, or the perils of medieval travel, or listening for the speech of alien landscapes. Closer to home, the poems adopt an outsiderish stance as they ponder the business of non-belonging and draw up wry inventories of marginality; they find room for those forgotten by history and for the outcasts of natural history, whose skeletons are ‘cairns to their own extinction’. 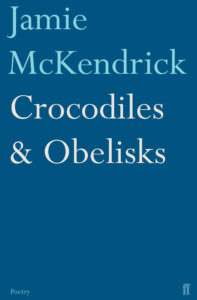 These poems sift the debris of power, and range from Mussolini’s Italy, Franco’s Spain, the Belgian Congo and to the Roman, the Austro-Hungarian and British empires. ‘Crocodiles’ and ‘obelisks’ are ancient symbols of empire, but are also terms used for newspaper obituaries, tributes which either monumentalize the dead or shed false tears. This book experiments with different ways of remembering, and offers conclusions both cunning and drole. 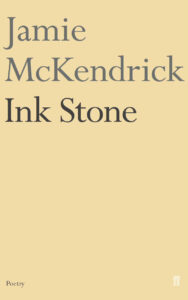 The best ink stones are slates from Chinese riverbeds. As one expert writes, ‘the better the stone, the smaller and more consistent the particles will be and the denser the ink.’ These poems have a remarkable density of ink. They explore the grain, or ‘tooth’, of the natural world with discomforting detail, and chart the medium they work in. These poems open onto conflicting perspectives of home and abroad, the domestic and the wild, the natural and the uncanny, elegy and celebration. 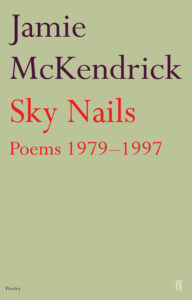 Sky Nails offers a selection from Jamie McKendrick’s first three collections of poetry, including The Marble Fly, which was both a Poetry Book Society Choice and winner of the 1997 Forward Prize for Best Collection. 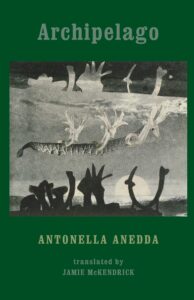 Winner of the John Florio Translation Prize, 2016. A bilingual selection of poems drawn from five collections. Her poetry has a geographical sweep – her family comes from Sardinia, where she has spent much time, but was born in Rome – but delights in domestic detail, elements considered too humble to warrant poetic attention, though set often against war and insecurity.
Antonella Anedda reading with Jamie McKendrick 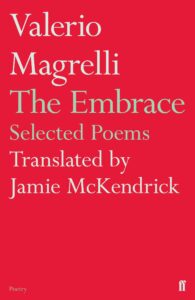 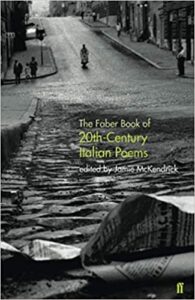 Edited by Jamie McKendrick, this volume includes Montale, Ungaretti, Passolini, Saba, Quasimodo and D’Annunzio, but also many other lesser known poets – Bertolucci, Sereni and others.

JAMIE McKENDRICK was born in Liverpool in 1955. He is the author of six collections of poetry: The Sirocco Room (1991); The Kiosk on the Brink (1993); The Marble Fly (1997), winner of the Forward Prize for Best Collection and a Poetry Book Society Choice; Ink Stone (2003), shortlisted for the T. S. Eliot Prize and the Whitbread Poetry Award; and Crocodiles & Obelisks, shortlisted for the Forward Prize. Out There (2012) won the Hawthornden Prize; Anomaly was published in 2018. An earlier selection of his poems was published as Sky Nails (2000), and he is editor of 20th-Century Italian Poems (2004). The Embrace (2009), his translations of Valerio Magrelli’s poetry, won the Oxford-Weidenfeld and the John Florio prizes; Archipelago (2014), his translation of poems by Antonella Anedda, won the John Florio Prize also. Most recently, he has translated for Penguin Books the six books of Giorgio Bassani’s The Novel of Ferrara.