No Boys Play Here: A Story of Shakespeare and My Family’s Missing Men

In Sally Bayley’s childhood, the men were often missing. The man who was around for Sally was Shakespeare, and he brought men with him – a troupe of sad kings and lonely heroes – to fill the gaps. Inventive, literary and adventurous, this is a retelling of Sally’s childhood. 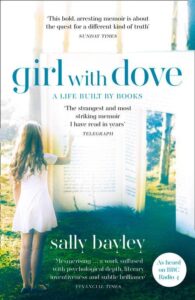 Girl With Dove: A Life Built by Books

Weaving literary classics with a young girl’s coming of age story, this is a book that testifies to the transformative power of reading and the literary imagination. Mixing fairy tale, literary classics, nursery rhymes and folklore, it is the story of a child’s adventure in wonderland and search for truth in an adult world often cast in deep shadow.

The Private Life of the Diary: From Pepys to Tweets 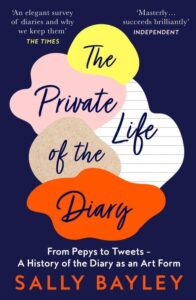 A wonderful extended essay on the evolution of the diary, and a mourning what it means to lose the art of writing simply for oneself.

SALLY BAYLEY is a writer of fiction and non-fiction. As a child, she absorbed the sounds and rhythms of poetry, ballads and folksongs, and these patterns inform the structure of her story-telling.

In 1990, Sally was the first child to go to university from West Sussex County Council Care services. She studied at St Andrews university, and then went to America, where she taught aesthetic education in midwestern schools and universities and foundation arts courses to adults in inner city Ohio. She is interested in the Liberal Arts model of education and believes anyone can think or write to a high level with the right encouragement and practice.

Sally is currently a Lecturer in English at Hertford College, Oxford. She also teaches on the Sarah Lawrence visiting programme at Wadham College, Oxford. From 2018-2020 she was a Royal Literary Fund Fellow at Oxford Brookes University.