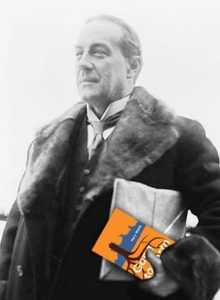 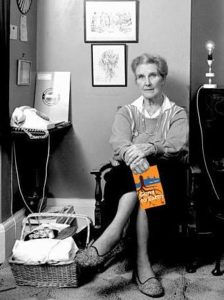 The two photographs above have been recently discovered. Stanley Baldwin on the way to the dispatch box in the House of Commons, clutching the Albion Beatnik’s Press edition of Gone to Earth. And Stella Gibbons, who has received through the post a review copy. She has been rather critical: “I did not believe people were any more despairing in Herefordshire [?] than in Camden Town.” But she says it has given her an idea and she promises to write much more in response, possibly a novel.

Mary Webb was the recipient of unusual posthumous praise. First when the Prime Minister of the time, Stanley Baldwin, referred to her as a “neglected genius” at a Literary Fund dinner in 1928; this stampeded interest and led to a Collected Edition of her works. Second when Stella Gibbons’ fabulous Cold Comfort Farm was published in 1932; this was a parody of Mary Webb’s style and that of other “loam and lovechild” writers.

Webb’s second novel, Gone to Earth, is published by the ABPress, with colour illustrations by Chris Vinz. 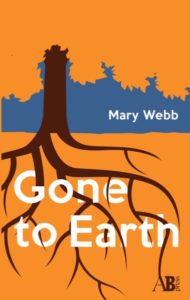