Five Red Herrings [1931]
Dorothy L. Sayers (1893-1957)
Lord Peter Wimsey could imagine the artist stepping back, the stagger, the fall, down to where the pointed rocks grinned like teeth. But it was an accident. Or was it murder? Six members of the Galloway artists’ colony do not regret Campbell’s death; five of them are red herrings. 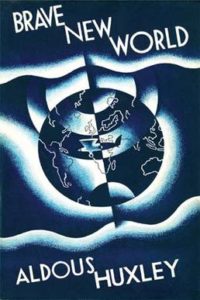 Brave New World [1932]
Aldous Huxley (1894-1963)
Huxley’s masterpiece is set in the future, where the World Controllers have created the ideal society, which is kept happy with drugs, sex and brainwashing. The story develops around unorthodox Bernard Marx, who is perverse in his desire for solitude and a chaste life.

Invitation To The Waltz [1932]
Rosamond Lehmann (1901-1990)
An exploration of the emotions of a young, awkward girl at the time of her seventeenth birthday.  Olivia Curtis is the ugly duckling with a pretty and charming older sister. Her first dance is a terrifying event, with her home-made dress and would-be curate as an escort. 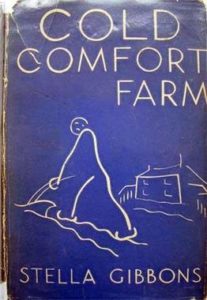 Cold Comfort Farm [1932]
Stella Gibbons (1902-1989)
One of the best loved comic novels. This is a merciless parody of rural melodramas. In it the recently orphaned nineteen-year-old Flora Poste decides to stay with relatives in deep Sussex only to find they each have their own problems, until she decides to take them all in hand… A wonderful spoof of the ‘loam and lovechild’ writing of Sheila Kaye Smith, Thomas Hardy, Mary Webb et al.

Sunset Song [1932]
Lewis Grassic Gibbon (1901-1935)
The first novel in Gibbon’s classic trilogy, A Scots Quair, a moving account of emotional and political changes that history and the coming of industry had on Scotland as seen through the eyes of Chris Guthrie. This is a much beloved book, regularly voted the favourite Scottish book of all time.

Magnolia Street [1932]
Louis Golding (1895-1958)
Golding’s most successful novel describes relations between Jews and their non-Jewish neighbours between 1910 and 1930. 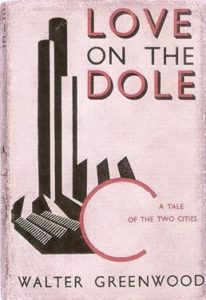 Love On The Dole [1933]
Walter Greenwood (1903-1974)
Harry and Sally grow up near Salford, a society preoccupied with grinding poverty and exploited by pawnbrokers, bullied by petty officials and living in fear of the dole queue and the Means Test. His love affair ends in a shotgun marriage, and, disowned by his family, he is tempted by crime. Meanwhile Sally falls in love with a sickly Marxist, but she finds that there are more powerful rivals for her affection.

Frost In May [1933]
Antonia White (1899-1980)
Nanda Gray is nine when she is sent to the Convent of Five Wounds. Clever, resilient and eager to please, she accepts the world, where her wishes become only those the school permits. Her only deviation from complete obedience is the passionate bonds of friendship she forms. 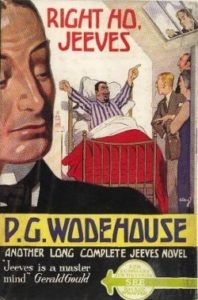 Right Ho, Jeeves   [1934]
P.G. Wodehouse  (1881-1975)
Aristocratic Bertie Wooster, indispensible valet Jeeves, terrifying aunts and moon-struck, lovesick friends.  Wooster wonders if Jeeves is losing his touch when he offers some advice to Gussie Fink-Nottle, who becomes badly unstuck whilst under the influence at a celebration do. The book is dedicated to Raymond Needham KC, the lawyer who represented Wodehouse in a tax dispute; he made a lifelong friend of the tax inspector also. This was the second book featuring these characters; of course there were endless others to follow…

The Root And The Flower [1929-1935]
L.H. Myers (1881-1944)
Set in the war-torn world of Mughal India, this is an epic story of intrigue and romance. Published originally in three volumes, it proved highly popular but is now forgotten. It is an unsung glory of modern literature, cited by many novelists as influential.

Mr Norris Changes Trains [1935]
Christopher Isherwood (1879-1970)
A portrayal of a series of encounters in Berlin in the early 1930s, between the narrator William Bradshaw, and the sinister Mr Norris. An ironic political parable.

Twenty Thousand Streets Under The Sky [1935]
Patrick Hamilton (1904-1962)
Bob, barman in a Euston Road pub, falls in love with Jenny, a West End prostitute who comes in off the streets for a gin. Around his obsession, and Ella the barmaid’s secret love for him, swirls the sleaze of 1930s London. 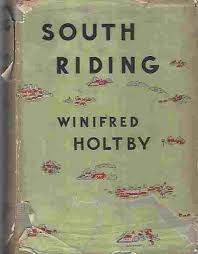 South Riding [1936]
Winifred Holtby (1898-1935)
Set in Yorkshire, strongly reminiscent of Middlemarch, the book looks at how public decisions affect private lives. This is a mid-century literary version of The Archers.

Summer Will Show [1936]
Sylvia Townsend Warner (18938-1978)
At once and adventure story, a love story, a novel of ideas and a brilliant reimagining of historical fiction. Sophia Willoughby has packed her cheating husband off to Paris and sets about raising her two children. Tragedy strikes…

Miss Pettigrew Lives For A Day [1938]
Winifred Watson (1906-2002)
A governess is sent by an employment agency to the wrong address. She encounters a glamorous nightclub singer. Likened to a Fred Astaire movie or fairy story in 1930s London, this was rediscovered by Persephone Press. 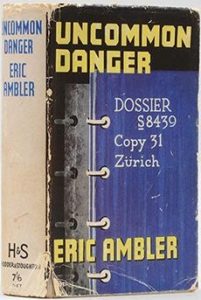 Uncommon Danger [1937]
Eric Ambler (1909-1998)
Kenton’s journalist career depends on his facility with languages, his knowledge of European politics and his quick wit. Graham Greene declared Ambler to be “unquestionably our best thriller writer.”

Rebecca [1938]
Daphne du Maurier (1907-1989)
This is one of the great melodramatic stories of the last century, dripping with atmosphere and suspense, visual and dramatic. Sentimental, but in a haunting, melancholic way, this is ideal for readers of all ages with a strong narrative, and a great introductory read for teenagers in to an adult world.

Out Of The Silent Planet [1938]
C.S. Lewis (1898-1963)
This is the first of his classic sci-fi trilogy, adult novels forgotten in the wake of the success of his Narnia and moral writings. A Cambridge academic is abducted and then taken on a spaceship to Mars where he escapes his captors and discovers that the inhabitants are gentle and living in harmony.

Night And The City [1938]
Gerald Kersh (1911-1968)
Harry Fabian is a cockney wide boy in 1930s Soho, teaming with spivs and cut-throat razors, streetwalkers, and dingy drinking clubs. He is a storyteller craving recognition with endless lies, also a ponce dangerously on the edge: it is only a matter of time before he crashes…

The Sword In The Stone [1938]
T.H. White (1906-1964)
Arthur is schooled by Merlyn the magician when a young boy. Not con-strained by any need for historical accuracy, it combines legend, history, fantasy and comedy. It was used as part of White’s later masterpiece, The Once and Future King.

Brighton Rock [1938]
Graham Greene (1904-1991)
A psychological thriller set in 1930s Brighton, and exposed is a world of loneliness, pain and fear. Seventeen-year-old Pinkie is already a killer, depicted as pure evil, both repellant and fascinating; his girl-friend Rose is innocence. 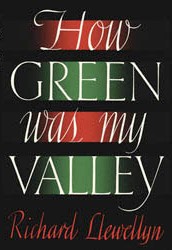 How Green Was My Valley [1939]
Richard Llewellyn (1906-1983)
Growing up in a mining community in rural South Wales, Huw Morgan is taught many harsh lessons. Looking back on his life, it becomes clear that there is nowhere so green as the landscape of his own memory. One of the best-loved novels of its time, its author’s fraudulent life (he never had been to the Rhondda coalmine villages) was exposed only later.

The Third Policeman [1939-40]
Flann O’Brien (1911-1966)
The author withdrew the manuscript and claimed to have lost it after it failed to find a publisher, although after O’Brien’s death the manuscript was found and it was published in 1967. Set in rural Ireland, it is narrated by a dedicated amateur scholar of De Selby, a scientist and philosopher. The book is full of black humour and is perhaps less experimental than his earlier masterpiece, At Swim-Two-Birds.