The House With The Green Shutters [1901]
George Douglas Brown (1869-1902)
The bitter pettiness of commercial greed and small-town Scottish life exposed, highlighting its crippling patriarchal authority. This was the first literary keystone of the Scottish Renaissance. 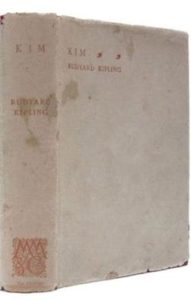 Kim [1901]
Rudyard Kipling (1865-1936)
Reared in the teeming streets of India at the turn of the century, the orphan Kim has an endless interest in the extraordinary characters he meets daily. Kipling is a sharp observer of the complexity of India, and paints a metaphorical journey in Kim’s life, from the adolescent innocence of native life to the intellectual civilization of European rule.

Heart Of Darkness [1902]
Joseph Conrad (1857-1924)
A story within a story and based upon his own time as captain of a Congo steamer, it follows Charles Marlow as he recounts his adventure in the Congo to a group of men aboard ship. Marlow captains a ferry boat transporting ivory, and quickly develops an interest in investigating Kurtz, an unsavoury ivory-procurement agent in the employ of the government. The novel is a voyage into the dark side of civilized man. 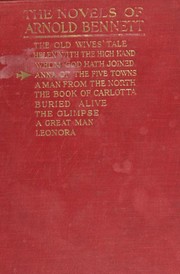 Anna Of The Five Towns [1902]
Arnold Bennett (1867-1931)
Described by the author as a “sermon against parental tyranny” and based on Balzac’s Eugénie Grandet. Set in the Potteries, Anna, dominated by her miserly father, inherits a fortune and falls in love unsuitably.

Riddle Of The Sands [1903]
Erskine Childers (1870-1922)
Childers’ first novel, it is generally agreed to be the first spy thriller. It caused a shock on publication, clever and believable stuff.

Hadrian The Seventh [1904]
Fr. Rolfe – Baron Corvo (1860-1913)
One day a hack writer and minor priest, George Arthur Rose, discovers that he has been picked to be Pope; he is neither surprised nor in the least bit daunted. The plot is a reflection of its author’s pretensions and obsessions. 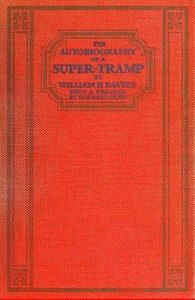 The Autobiography Of A Super-tramp [1908]
W.H. Davies (1871-1940)
As autobiographical as it says, but it reads like a novel: a Welsh vagrant gives an eloquent and absorbing account of his adventures in the violent underworld of late nineteenth century America and Britain.

Anna Veronica [1909]
H.G. Wells (1866-1946)
Headstrong, reckless and fiercely independent, Wells’ Ann Veronica Stanley is determined to be a ‘person’, not just a woman, and live to the full. She studies, meets suffragettes, Fabians, free love. It caused a sensation, was damned in the press and preached against from the pulpits when it was published.