This is the story of Hazel Woodus, a child of nature who loves wild animals and the weather and seasons of the countryside and wants simply to be herself. She is drawn reluctantly into the world of romantic human relationships through her great beauty, marrying a local church minister; she also becomes the object of the local fox hunting squire’s obsessive love. Hazel casts herself down a mineshaft to escape, clutching her beloved pet fox. It was published in 1917.

Mary Webb’s novels are set in her familiar Shropshire landscape. Her family descended from Walter Scott (though we shouldn’t hold that against her) and she had ambitions for her writing that were sadly never met in her lifetime, though after her death Stanley Baldwin, when Prime Minister, referred to her as a “neglected genius,” and a handsome Collected Edition and popularity ensued.

Stella Gibbons’ fabulous Cold Comfort Farm was a parody of Mary Webb’s writings, and of other “loam and lovechild” writers like Sheila Kaye Smith (whose novels were set in Sussex), Mary E. Mann (Norfolk) and, much earlier, Thomas Hardy. “The large agonised faces in Mary Webb’s book annoyed me…,” wrote Gibbons. “I did not believe people were any more despairing in Herefordshire than in Camden Town.”

This book has been illustrated by the Prague-based artist Christopher Vinz. 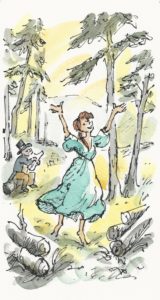 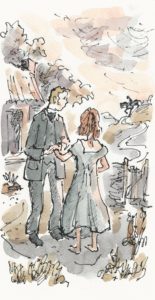 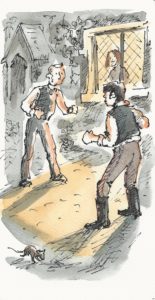 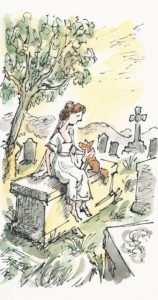