This volume includes An Occurrence at Owl Creek Bridge, A Horseman in the Sky and One of the Missing, three American Civil War stories. They were published in book form in 1892 (listed as 1891) in Bierce’s most famous collection, Tales of Soldiers and Civilians. The writer George Sterling, in his Preface to the 1927 edition, wrote that Bierce’s “heroes, or rather victims, are lonely men, passing to unpredictable dooms, and hearing, from inaccessible crypts of space, the voices of unseen malevolencies.” 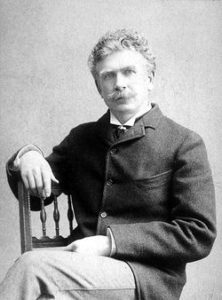 Bierce was a leading light of realist fiction, a remarkable and influential journalist, and a short story writer of renown (An Occurrence at Owl Creek Bridge, included in this volume, is one of the most anthologised of all); The Devil’s Dictionary is loved and much quoted by its disciples; Bierce’s reputation as a literary critic was considerable also. Yet his name is mentioned rarely now; he is no longer considered perhaps to be a noteworthy notch in America’s literary history.

AMBROSE BIERCE (1842 – c.1914) was born in a log cabin in Ohio to English parents (his twelve siblings were each given a Christian name beginning with the letter ‘A’). An early love of reading was inherited from his parents, and when he was 15 he became a printer’s apprentice, or ‘printer’s devil’. He had an energetic Civil War and he received acclaim for his bravery. He suffered severe head injury, its effects were to disturb him for the rest of his life.

Bierce’s death is one of mystery. After a tour of the Louisiana and Texas Civil War battlefields, Bierce passed through El Paso to Mexico, where it is held that he joined Pancho Villa’s army as an observer; apparently he witnessed the Battle of Tierra Blanca. A last letter (now lost) dated 26th December, 1913, finished with the note: “As to me, I leave here tomorrow for an unknown destination.” Thereafter his fate is shrouded with inconclusive debate and unsubstantiated leads. He is known to have been suffering from severe asthma attacks and he had not ridden a horse for some time before this journey. The most dramatic speculation, affirmed by a local priest, is that he was shot by a firing squad in Sierra Mojada, Coahuila.

Bierce for most of his lifetime was known foremost for his journalism and not his fiction. He was confrontational and humourous; also controversial, so controversial that he ruined William Randolph Hearst’s run for Presidential office, in this instance inadvertently, when enemies wilfully misinterpreted a poem Bierce had written that had seemed to call for McKinley’s assassination in 1901. Ultimately, though, Bierce was an effective journalist. He waged newspaper war upon the railroad refinancing bill, which was designed to excuse Union Pacific and Central Pacific from repaying their enormous government loans. It is mainly in a three year burst of creative energy, 1888 to 1891, that Bierce produced his most telling short stories. In the main they fell back on his military experience and the dire events he participated in. Critics at the time agreed generally that Bierce’s portrayal of war was more accurate than Stephen Crane’s; that he was involved on the battlefield makes him a precursor of Hemingway’s rugged delineation of the military world. Bierce wrote many ghost stories also, and he was a great influence on H. P. Lovecraft, who described Bierce’s writing as “grim and savage.” Much else of his writing would now seem to fit the varied genre of ‘weird fiction’, and I would have been interesting to see how his writing might have progressed had he been exposed to the pulp magazines of the twentieth century. He emphasised consistently the absurd and improbable, and at times can be charged with being overtly (if at times annoyingly) disrespectful of considered literary form. In his writing and in his life, he was famous for his wit. William Dean Howells, the high-minded gendarme of late nineteenth century American literary life, asserted that Bierce was “among our three greatest writers;’ Bierce’s rapid-fire response was, “I am sure Mr. Howells is the other two.”