A Jury of Her Peers & Other Stories
Susan Glaspell

Susan Glaspell was a jack of several trades and a master of most: she was a Pulitzer prize-winning playwright, novelist and writer of short stories, a journalist and an actress. She wrote over fifty shorts stories, usually set in Iowa where Glaspell was raised. A Jury of Her Peers was based on her most successful play, Trifles, an account of a murder trial she had covered as a novice journalist. It is an acknowledged masterpiece of American theatre and a substantial piece of feminist literature. She wrote her short stories to support herself financially, as critical acclaim for her drama never yielded sufficient income. 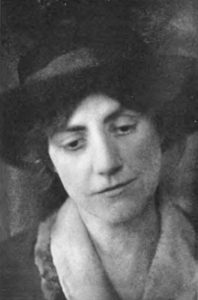 SUSAN GLASPELL (1876-1948) underwent a slump in recognition in her later years and, until more recent times, has been etched out of America’s literary timeline. The impact she made on American theatre was immense: she formed with her husband the first repertory theatre in America, the Provincetown Players and she wrote one of the iconic plays of American twentieth century drama, Trifles; she discovered also the young Eugene O’Neill.

She was by nature uncompromising and fearless, this reflected in her attitudes to life and her theatre work. Her writing (nine novels, fifteen plays, autobiography as well as fifty published short stories) was streaked with dissent and contrarian complex viewpoint – on gender especially, or the ethical issues of the day; her characters, strong yet sensitive, voiced points of principle. Trifles was based on a murder trial she had covered as a young reporter in Des Moines, challenged head-on the justice system of its day and exposed the moral dilemmas involved in the case, where a wife has murdered her husband. This involves more than the blind supposition of detective work, which is intertwined with male prejudice – “Nothing here but kitchen things,” says the male detective, an attitude that closes useful lines of enquiry – and the play’s female characters’ support for the murderer, who see justice as more than facts, and the moral dilemma involved in hiding vital evidence. A Jury of Her Peers retold the story in short story firmly; it was published in 1917.

Her career as an author started in 1890 after she had resigned her position on the Des Moins Daily News. Short stories for cash, which funder her move to Chicago, where three novels were written in fairly rapid succession; her first, The Glory of the Conquered, was a New York Times bestseller in 1909. Her third novel, Fidelity, published in 1911, was in many ways the most interesting. Its heroine runs away with a married man and has to face the consequences, an issue that Glaspell confronted in her own life before she married her husband, the theatre director and writer George Cram Cook.

The couple moved to Greenwich Village where they were active in its burgeoning artistic scene, experimental and modernist. She became an active member of the feminist debating circle the Heterodoxy