Books To Eat Jelly & Custard To 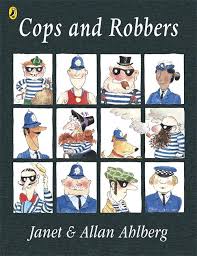 One of the most truly delightful of books ever written for young children: inventive and brisk rhyming delivered with panache, and with illustrations that serve as canny footnotes to the narrative. Tots can have this read to them (it is de rigueur that parents use funny voices for each character!) or early readers can make do themselves, but all will develop a sense of rhyme and rhythm and, above all, fun!

The robbers of London town plan a desperate crime one Christmas Eve – to steal all the toys they can lay their hands on! Fortunately, the robbers meet their match in brave Officer Pugh who leaps into action and arrests the villains – all except Grandma Swagg who manages to get away.

Children’s picture and flat books are one of the most delightful inventions, essential fuel for the developing child, as much for the vocabulary as for the shared experience with parent. There are so many great authors – Judith Kerr, Shirley Hughes, Eric Carle, Jill Murphy, to name only a few – and yet also so many overnight (and one hit) wonders: this is a slice of the book world that is the most susceptible to fashion. The true classics remain timeless though.

Where the Wild Things Are
Maurice Sendak 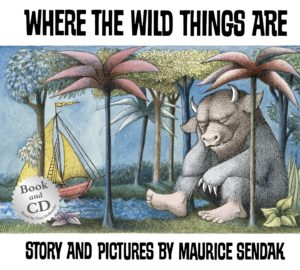 This book is a deserved classic. As always with a good children’s book, peel away the veneer and a base human emotion is at its heart; there is also a hint of rebellion. To the author’s credit, he never stooped low to produce a sequel, which would have been a passport to a fortune.

Illustration of course is a vital part of the children’s book. No E.H. Shepherd, then perhaps no Christopher Robin or Winnie the Pooh; Kenneth Grahame is essential too with Wind in the Willows, or John Tenniel with Alice in Wonderland.  The most effervescently charming of all twentieth century illustrators was Edward Ardizzone, whose style was naturalistic but mottled and lyrical, featuring gentle lines and delicate watercolours, but with great attention to particular details and with much cross-hatching. He illustrated the children’s books of Graham Greene, John Betjeman, Eleanor Farjeon, a host of others, and, of course, his own writings: Tim All Alone was the first winner of the Kate Greenaway Medal.

Stig of the Dump
Clive King 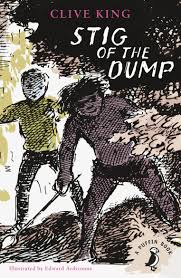 Illustrated wonderfully by Edward Ardizzone, this book follows the adventures of a boy who discovers a Stone-Age cave dweller living at the bottom of a disused chalk pit in Kent that has been used as a rubbish dump. The tale is unique for the children’s writing of the time (published in 1963): it does not exploit any of the usual fantasy narrative twists – using either magic or time slip devices. The tale is timeless and charming, rich with humour (the dialogue is deadpan if saucily derivative), yet the tale gallops, though stumbles at its climax as King (who is still alive in his nineties) clearly had no ending properly planned, and it reads as though story-boarded on the hoof.

This was a rich period for quaint schoolroom storytelling. C. Day Lewis’ The Otterbury Incident is in the same vein, and Bill Naughton’s breathtaking The Goalkeeper’s Revenge And Other Stories is pure delight, radiated with sharp and evocative childhood observation and speech.

The Eagle of the Ninth
Rosemary Sutcliff 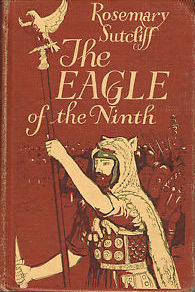 Set in the second century AD, when the Ninth Roman Legion marched into the mists of the north after Hadrian’s Wall is built (and not one man came back). Rosemary Sutcliff wrote wonderfully about panoramic and exciting set pieces. Yet she also portrayed the psychology of her younger characters with fine detail. She explored often the themes of friendship and loyalty, and with the cruelty of the Roman era as a backdrop, overcoming pain and difficulty. Sutcliff was inspired by the fabulous historical novels of Geoffrey Trease.

Children’s historical fiction is a fabulous genre. It allows us all to empathize with someone from a different time with whom we would otherwise have no connection. It can illustrate historical points or it can highlight contemporary concerns; either way there is certainly something exciting about swash-buckling heroes, the true stuff of fantasy, and so often historical settings really can consist of worlds no longer imaginable, especially to youngsters. In our high-tech age, pantaloons, a sabre, even six shooter guns are items of rich imagination.