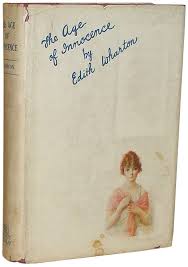 The Age Of Innocence [1920]
Edith Wharton (1862-1937)
Newland Archer has to choose between his ‘acceptable’ fiancée and the sudden return of the Countess Ellen Olenska, mysterious and non-conformist. It is set in upper class New York.

Babbitt [1922]
Sinclair Lewis (1885-1951)
A Babbitt: is a businessman who conforms complacently to prevailing middle-class standards of respectability, who makes a cult of material success, and is contemptuous of artistic or intellectual values. A satirical portrayal of a man (and town) obsessed by ‘values’ of the market place. 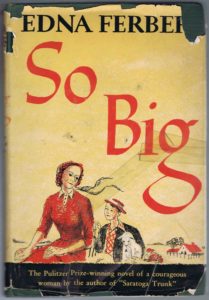 So Big [1924]
Edna Ferber (1887-1968)
A rags-to-riches story of a son born to a poor widow, who works a worthless Illinois farm in order to give her son a chance in life. A trained architect, he goes for money and switches to banking. Ferber believed the honest man tills the soil, and that urban surroundings corrupt.

The Great Gatsby [1925]
F. Scott Fitzgerald (1896-1940)
Some say the finest American novel of the twentieth century by its finest writer, although Fitzgerald died young certain that his work was forgotten. It reflects the Jazz Age and all the froth and candy floss of the rich, with vivid prose, though at times over-egging its rich pudding. 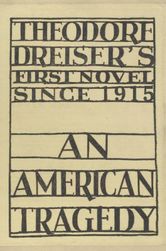 An American Tragedy [1925]
Theodore Dreiser (1871-1945)
The son of Kansas City street evangelists goes off the rails and kills a girl in a stolen car crash. After fleeing to New York and working for his uncle, he plans his pregnant girlfriend’s death. In the end she is drowned accident-ally, but his past catches up with him

Early Autumn: A Story Of A Lady [1926]
Louis Bromfield (1896-1956)
A well-plotted story of a lady trapped in a loveless marriage. Bring in two distant relatives, add a scandal from the past, and stir.

Smoky, The Cowhorse [1926]
Will James (1892-1942)
An animal story told through the mouth of the main character himself, a pony, who, before returning to the only master he loved, went through many adventures with (and ill treatment from) Clint the Cowboy. 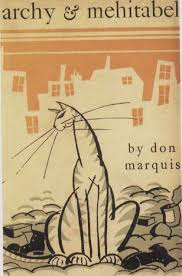 Archy and Mehitabel [1927]
Don Marquis (1878-1937)
Characters created first in 1916 for The Evening Sun in New York City. Archy, a cockroach, becomes philosophical and pessimistic about modern civilization, and disapproves of Mehitabel the alley cat, who is attracted to disreputable tomcats.

Death Comes For The Archbishop [1927]
Willa Cather (1873-1947)
The first Bishop of New Mexico and his cleric toured on donkeys as missionaries to the Mexicans and the goldfields of Colorado under conditions of great hardship.

The Treasure Of The Sierra Madre [1927]
B. Traven (1890-1969)
A great adventure story, incorporating gold and greed; good is rewarded and evil punished. Dialogue and characters do not always fit, but a page-turner nonetheless. 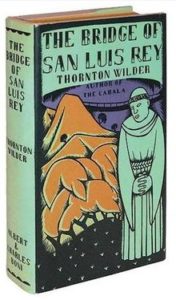 The Sound And The Fury [1929]
William Faulkner (1897-1962)
A blackly humorous book, and Faulkner’s own favourite. It chronicles the decline of the Compson family, told by three brothers and their black servant.

Look Homeward, Angel [1929]
Thomas Wolfe (1900-1938)
Eugene Gant, youngest of nine children, and the story of a bickering and stressful family, and the successful attempts of Eugene to escape, attend school and then Harvard. The book mirrors Wolfe’s own experience.